Work is now well under way on the new 175-home development at Cobblers Hall in the town.

The Woodlands project, known as site ‘O’, is set to be completed by Keepmoat Homes later this year, consisting of two, three and four-bedroom properties.

In its County Plan published recently, Durham County Council has earmarked 31,400 new homes to be built in the county – 10,000 of which in the South Durham area and 2,000 in Aycliffe alone.

Councillors voted unanimously last September in favour of the Woodlands development, which involved a £500,000 kick-back from Keepmoat as part of the deal to go towards additional affordale housing in the town.

The authority also ring-fenced £375,000 to be invested in environmental works, maintaining a local nature reserve which has already started.

The site will accommodate 334 parking spaces and will also include a Sustainable Urban Drainage Scheme (SUDS), which will attenuate local run-off flooding.

The site ‘O’ plans, initially for 182 homes, were originally submitted in January 2012 but delays led to them being withdrawn.

A report said Aycliffe has been the focus for extensive residential growth within County Durham since its original designation as a New Town in 1947.

In 2000, the town’s population was in the order of 27,000 persons and continued to be the focus for significant residential growth.

“It will provide a total of circa 800 residential dwellings once completed.”

The proposed development will include 10 per cent of the properties to be fitted with a source of sustainable passive energy, which is likely to comprise roof-mounted solar panels. 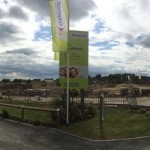 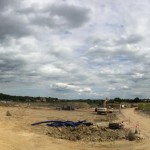 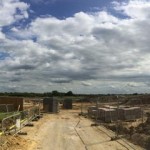 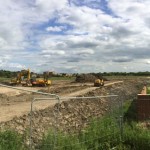 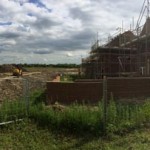 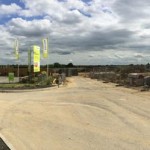 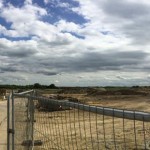