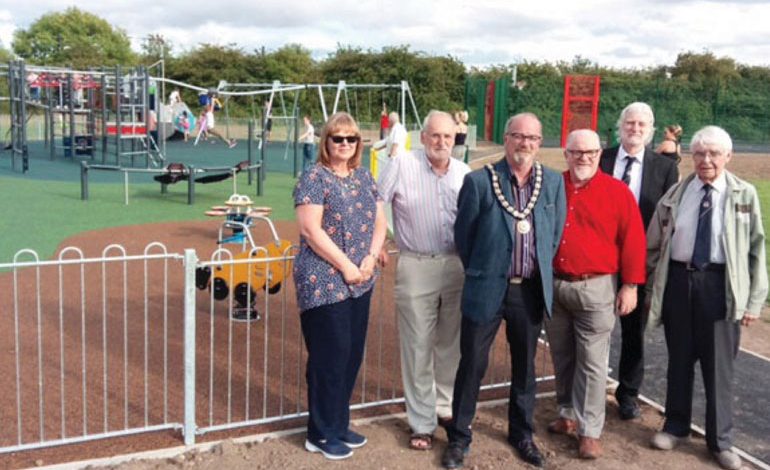 A derelict park has been transformed into a £150,000 refurbished outdoor play area.

The Cobblers Hall play area has been re-opened after a new multi-use games area (MUGA) was built on the site, with new seats and bins also added.

Cllr Clark said: “It’s great to see this new project being so well received by local families, all the equipment looks fantastic.

“It’s another brilliant asset for the people of the town to enjoy.”

The play area has been delivered by Great Aycliffe Town Council and financially supported by Durham County Council, with the £150,000 costs halved by the two authorities.

The councils decided to work together to refurbish what used to be a small play area in a bid to turn the site into a community facility that residents, particularly children and families, would love.

Aycliffe Council will be responsible for its ongoing maintenance and supervision.