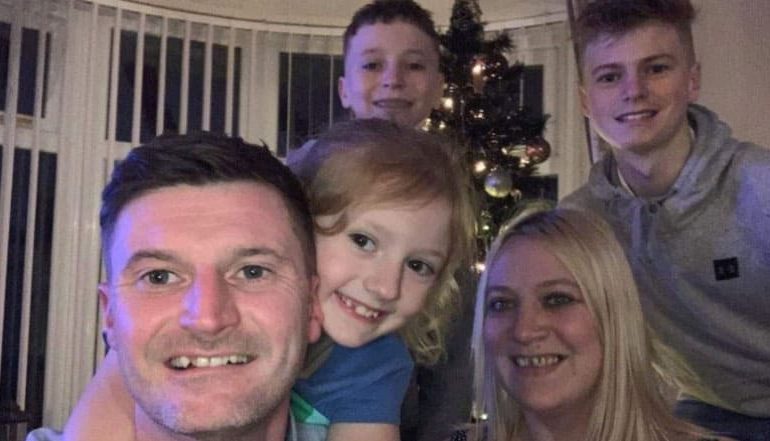 Donations have flooded in for a Newton Aycliffe dad and football coach who tragically died at the weekend.

Darren Scott passed away on Saturday during a game for Cobblers Hall’s Over-40s side.

Despite the best efforts of the emergency services, his teammates, medical staff, and the Great North Air Ambulance on the pitch, who courageously battled to save his life, the 40-year-old was pronounced dead at the scene.

Darren’s friends have launched a fundraising page to help pay for funeral costs and support his young family.

Donations can be made here.

Darren leaves behind a family, who he was devoted to, including his wife Donna, who he married in October 2021 and just recently bought their ‘forever’ home and his children Declan, 17, Noah, 15 and Layna, nine.

A joint statement from Darren’s family and friends said: “He was an amazing man. Darren was a loyal friend and husband, devoted father, supportive coach, a genuinely great man who gave so much to so many.

“Football played an important part in Darren’s life. He dedicated much of his time coaching Newton Aycliffe Youth Eagles Under 15s, supporting his children in following their dreams Declan and Noah are both exceptionally skilled and accomplished players – he was so proud of them both.

“His daughter, Layna runs for Newton Aycliffe and has just been chosen to run in the regional team something Daz was Buzzin’ about. She will be running competitively in March.

Fundraising organiser Mark Preston said: “At this most devastating time, we would like to raise some money to help his family with funeral costs and to support his young children in trust funds for their future- Darren and Donna have recently purchased their family forever home.

“We would like to give his family what he now cannot. He will be hugely missed by all who knew him. His family need our help and support to get through this most difficult time.”

Newton Aycliffe FC will also be operating a donation bucket for its Northern League First Division fixture against North Shields over the weekend.

A spokesperson for Newton Aycliffe FC said: “Daz attended our last home game with his son who is one of our Juniors.

“We will be having a bucket collection at our home game this Saturday when we play North Shields. Our thoughts are with his family, friends and teammates at this sad time.”

Later in the year, plans are afoot to try and organise a sports dinner in memory of Darren, which will include auctioned off memorabilia. If anyone has memorabilia that they want to offer for the future event, they can do so by contacting [email protected]