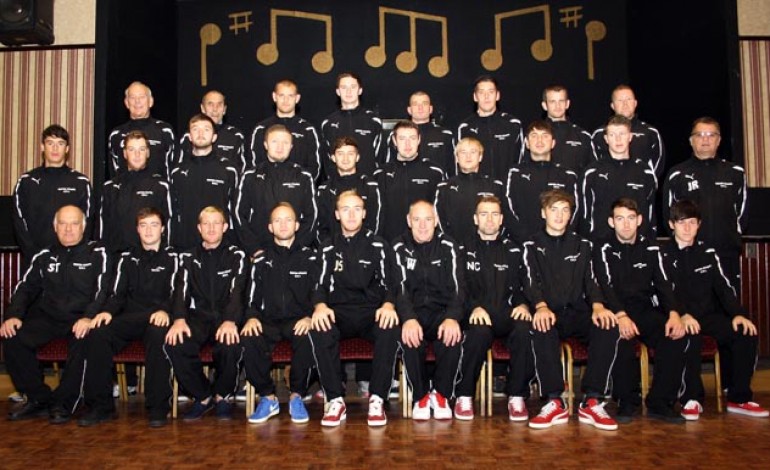 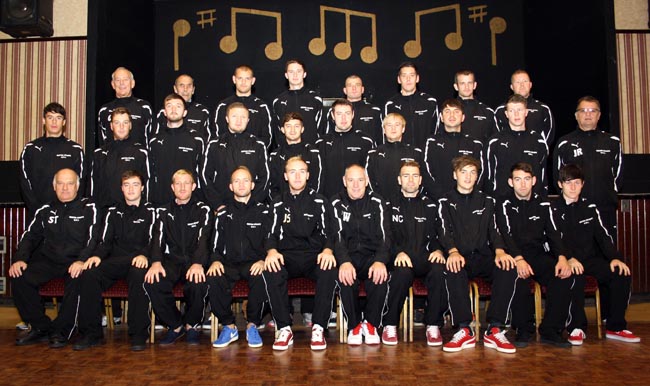 Newtonian Jason Steele is taking his fledgling managerial career seriously by entering his Aycliffe Big Club team in this year’s All England Cup.

It’ll be a historic first-ever match in the FA Cup of the Sunday morning football world – officially known as the FA Carlsberg Sunday Cup – when his side take on Winlaton Commercial in the first round, at Aycliffe FC’s Moore Lane Park next Sunday (21st October, 10.30am kick-off).

Boro goalkeeper Steele, pictured in the middle of the front row of his new team photo, took over at Aycliffe a little over a year ago, and wants to give his players a taste of being a footballer.

“It’s massive for us, it’s our first year in the competition,” says Steele.

“I want to give the lads an experience of what it’s like to play at a higher level.

“We’re going to get them warmed up properly, maybe even eat the right food and drink the right fluids the night before, treat it like a first team game.

“It can only benefit the lads in the long-term and give them a bit of a taste of what it’s like to be a footballer.”

It may be a ‘Busman’s Holiday’, but Steele enjoys spending his spare time helping to organise his Sunday morning pub side.

He added: “It helps me let my hair down. After the stress of playing in the league on a Saturday this gives me the chance to have a bit of fun and enjoy football with my mates.

“It’s a good laugh, but we take it seriously at the same time. We’re a decent side, and it’s nice to be involved and hopefully my friends to improve and become a good side.

“We’re a tidy side. We’re all from Aycliffe, we all know each other, we all have a drink together and we’re all good mates.”