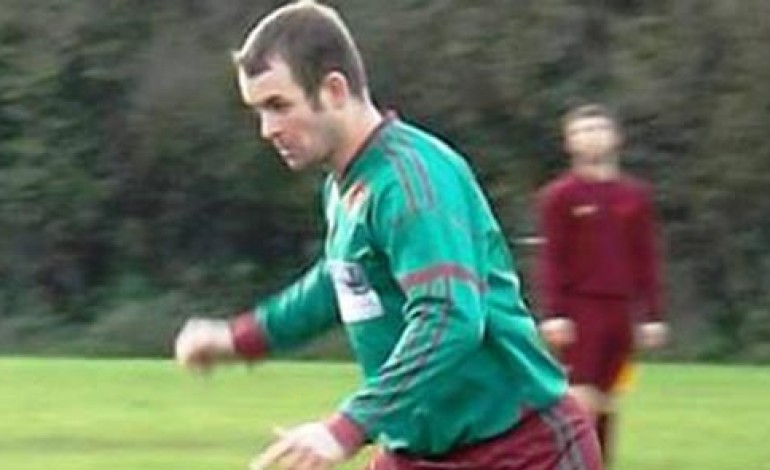 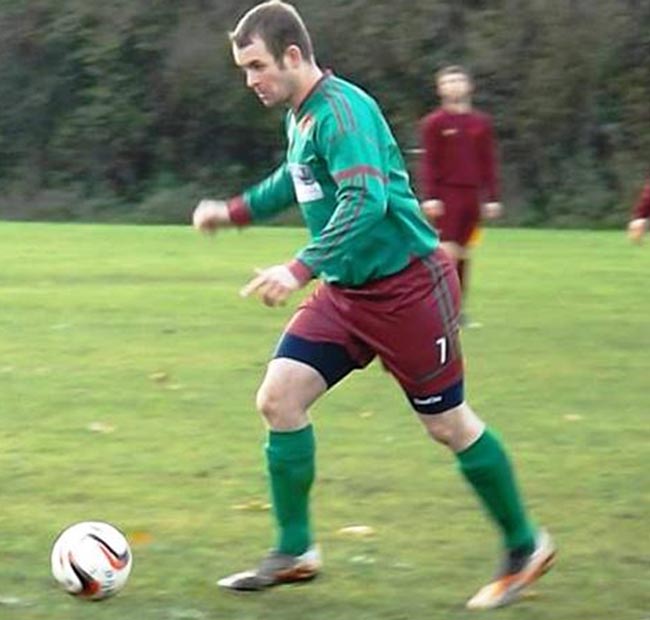 With no previous history against the opposition, The Sports Club opted to field the more experienced players from the squad, opting to keep some of the younger members on the bench as the competition this season allows five roll on roll off substitutions.

The game started very brightly with both sides weighing each other up in the early exchanges. The Sports Club soon settled into their stride and in the eighth minute Anth Campbell (pictured) found the net after driving past 2 players and hitting a sweet right foot shot past the goalkeeper.

As confidence grew, Sports Club started to play the ball around the midfield well. Gareth Boyes and Craig Barrigan were the chosen pairing for this game in the centre of midfield and were strong, with Barrigan in particular winning the headers and Boyes maintaining his tough tackling on the ground. It was on the twenty minute mark when the home side doubled the lead, with Adam Gittins driving forward from his full back position, exchanged passes with Anth Campbell on the overlap and slotted home his first of the season.

A lapse in concentration saw the away side get themselves back in the game just moments later after a goal mouth scramble saw the ball find its way into the back of the net. Etherley then fought galiantly to try and get the equaliser before the break, using their strength and height to good effect to put pressure on centre halves David Hall and Carl Little who held firm. However, the away side efforts proved fruitless when Adam Gittins ran from his own half, played a one two with David Teder before driving the ball into the bottom left hand corner to make it 3-1 dead on half time.

The manager made two changes at half time to maintain the high energy levels, with Ryan Stonehouse replacing Gareth Boyes in the Centre of Midfield and Mark Craggs replacing Carl Little at the centre of defence. It took just 4 minutes to extend the home sides lead further, Anthony Campbells Freekick from the right hand side was drilled through and fell to Craig Barrigan to slot home and make it 4-1.

The Dog and Gun kept up their fighting spirit and a clumsy challenge from Adam Gittins in the Sports Club box gave the away side a chance to get back in the game from the penalty spot, which they shot to the keepers right with Chris Palmer just failing to keep the ball out.

A quick change on 65 minutes, saw Damien Jose make his return after 3 games out injured replacing the productive Chase McMullen and it took just 30 seconds for Jose to get on the scoresheet. Campbells ball over the top saw Jose close in on the goalkeeper who kicked the ball off the forwards chest and as it bounced back, Jose rounded the keeper and slotted into an empty net to make it 5-2.

With the away side now starting to tire, the home side brought Dave Little off the bench to replace the hard working Jon Hughes on the right side of midfield. Some good work down the right hand side from Jonathan Clegg and the afore mentioned Dave Little, saw the ball released to Mark Craggs who had ran the length of the pitch to be involved in the action and drill the ball home for his second goal of the season.

Paul Cook then came off the bench for the home side, replacing Craig Barrigan who had an excellent game in the centre of midfield. Mark Craggs got his second of the game shortly after running the length of the pitch again, closing down on the keeper and slotted into the bottom corner to make it 7-2.

Campbell then finished the game off with a fine goal, racing through the centre of the pitch and delicately chipped over the oncoming goalkeeper.

That capped an excellent performance from Aycliffe Sports Club who will now play Witton Park Rose and Crown in the next round at Home on December 15th.

Next up is a return to the league with an away tie to Darlington Spraire Lads, Sunday 24th November.