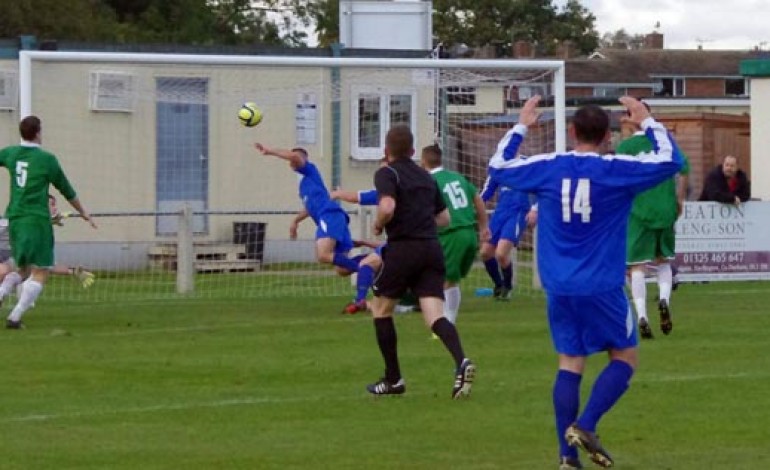 Newton Aycliffe suffered yet more heartache as they crashed out of the FA Vase on Saturday.

The Newtonians were beaten 2-1 by second division side Esh Winning in the first round of the Vase, with former winger Lewis Wing scoring a crucial second goal for the visitors to rub more salt into the wounds.

Aycliffe dominated for the majority of the second half, but Dan Mellanby’s late goal wasn’t enough for Allan Oliver’s men.

It took 38 minutes for Stuart Thomson to break the deadlock for the visitors when he latched on to a long ball and clipped the ball past Scott Pocklington on the edge of the six-yard box.

Aycliffe midfielder Martin Young had two good chances to level before half-time as the home side edged the first half.

But the visitors doubled their lead five minutes into the second half when Aycliffe failed to clear a long throw into the box. Wing latched on to the loose ball and hit a speculative effort straight at Pocklington, but he somehow mishandled and the ball crept over the line.

Aycliffe went on to dominate the rest of the second half and were unlucky in their efforts to get back into the game.

Centre-back Darren Craddock was lumped up top, and in the 81st minute he headed down Stuart Owen’s long ball into Mellanby’s path, who side-footed past Spence.

But Esh held on to their lead to book their second-round place.