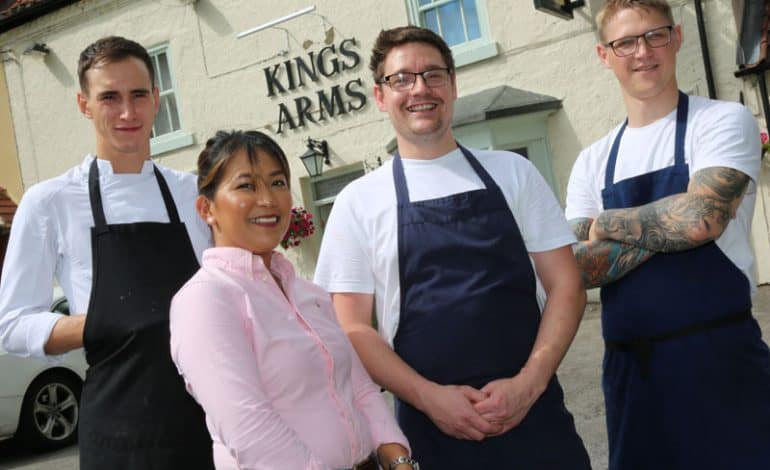 A husband-and-wife team is celebrating their second successful year in business at the popular King’s Arms.

And they have celebrated their second anniversary at the Great Stainton gastro pub by launching a new Market Menu.

And with his wife Ycheng heading up the team’s front-of-house staff, they have enjoyed a positive two years in business.

The King’s Arms now employs 15 staff – including sous chef Matthew Hall (above, right) and junior sous chef Sylvester Scallon (above, left) – and is winning rave reviews for its evening meals and weekend lunches. 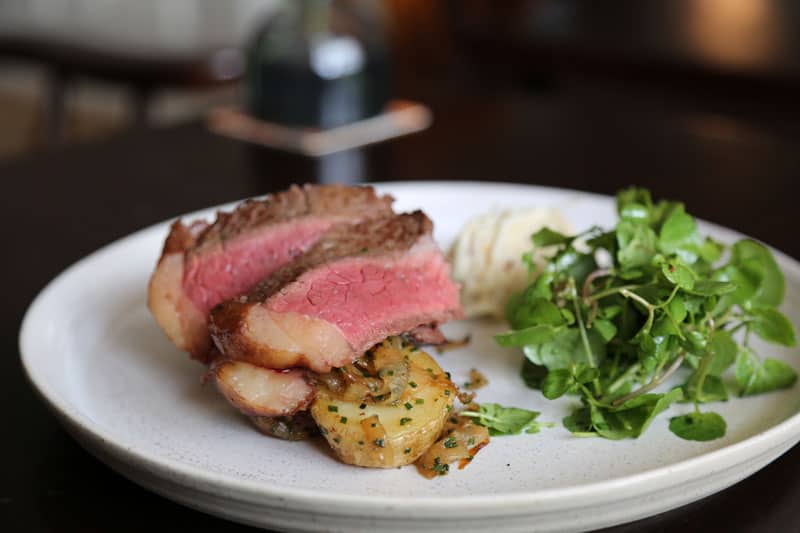 “We’re over the moon with how our first two years have gone and we’d like to thank all our loyal customers who support us,” said 34-year-old Bussey, who has previously worked at Gordon Ramsay’s Ivy restaurant in Dubai as well as the Cleveland Tontine and Acklam Hall.

“We support our local suppliers as much as we can by buying local, and local people support us in-turn which is brilliant.”

New to the Market Menu at the King’s Arms is “Bang Bang” Chicken – a traditional Chinese salad with egg noodles in a Satay dressing – as well as Scottish Salmon and Cod Fish Cake for starters.

Starters and desserts are priced £6 and main courses £14 – or you can have either the two-course option for £17 or three courses for just £20. 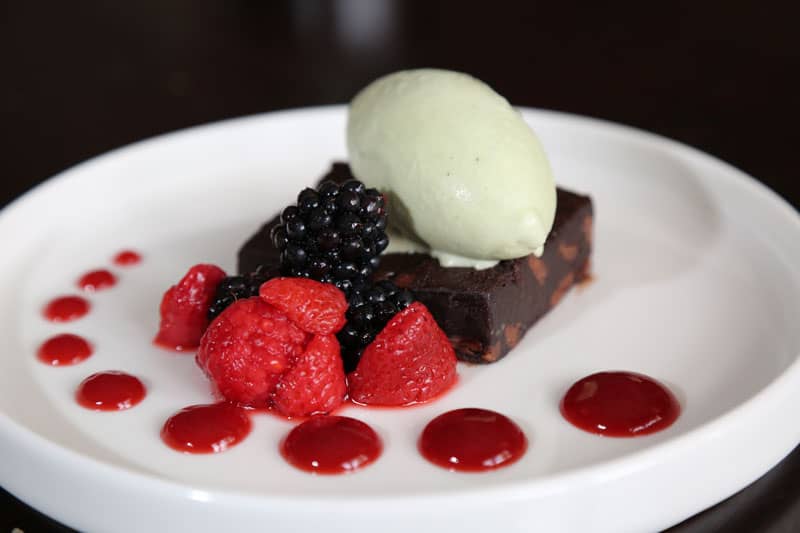