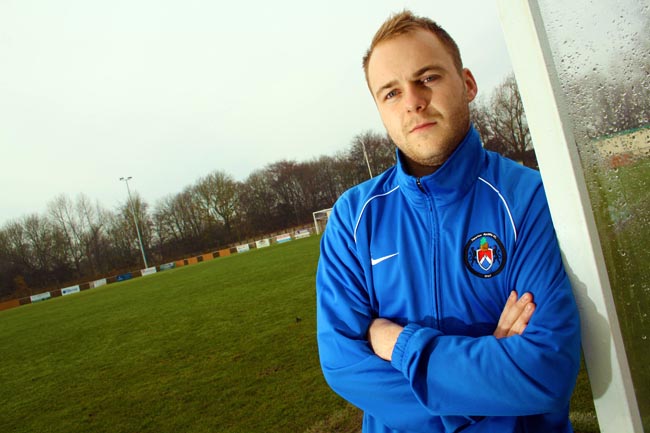 Newton Aycliffe were dealt a further blow ahead of the 2013-14 campaign as rivals Bishop Auckland swooped for two of their prize assets.

Captain Sean Tarling, 27, and 22-year-old goalkeeper Scott Pocklington have agreed to switch to the troubled Heritage Park club, following defender Darren Craddock out of Moore Lane Park after he left the club for Shildon last month.

Tarling has skippered Aycliffe for the past three seasons, and made his 150th, and final appearance for the club in the closing game of a troubled 2012-13 season.

The Newtonian resident admitted to the move being “the hardest decision he has had to make” but felt the time was right to move on, having been coveted by Bishops boss Colin Myers for the past three summers.

However, in the last few days, Bishops have themselves been rocked by the departure of Myers, while influential director Terry Jackson resigned as chairman.

Pocklington is expected to fill the void left by the outgoing Peter Jeffries, who has joined FA Vase winners Spennymoor Town.

The giant ‘keeper made 124 appearances for the club, and kept a record 32 clean sheets, since signing in March 2010.