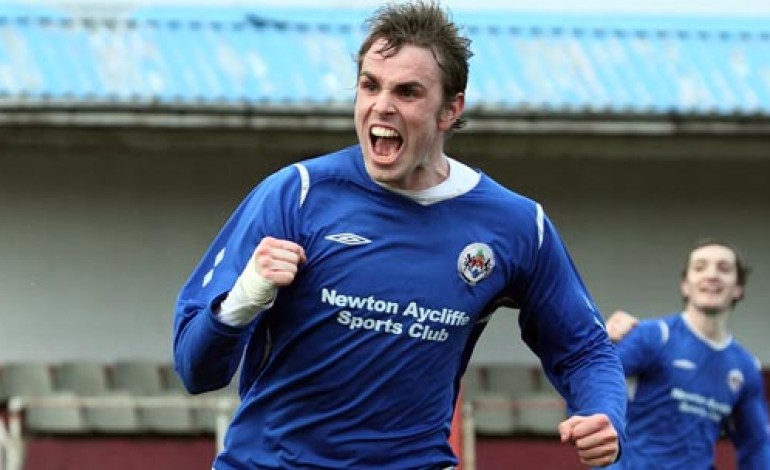 The versatile attacker made 98 appearances for the Royal Blues, starting in the Wearside League and ending in the Northern League first division.

The Newtonian is the club’s record goalscorer, with 50 goals from his near-century of games.

Gardner joined his hometown club from Chester-le-Street Town mid-way through the successful Wearside League campaign in 2009 to fill the striking void left by Stuart Meney’s departure and helped fire Allan Oliver’s side to promotion.

He then scored the club’s first-ever Northern League goal in August 2009, as Aycliffe beat Hebburn 3-2. A year later he was a part of another title-winning squad and played his part in the club’s successful start to live in Division One.

But the 23-year-old departed Moore Lane Park in December last year, turning down offers from Spennymoor and Shildon to join West Auckland. And Gardner became an instant hit at Darlington Road, slotting into the West midfield as they chased on three fronts.

Gardner was cup-tied for the League Cup and the FA Vase – so was an onlooker in May at Wembley as Dunston lifted the prestigious trophy – but he was a pivotal player in West’s league challenge, that faltered on the last day of the season as they finished second to Spennymoor.

This year, Gardner has played every game in the centre of midfield, and scored four goals as West look to improve on last season by adding an elusive trophy.

He’s set to face his old mates for the first time since his departure when West Auckland visit Moore Lane Park on Saturday (3pm kick-off).