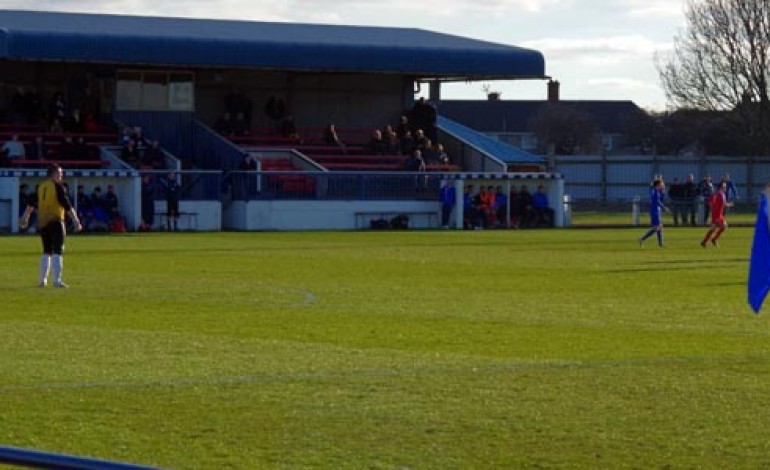 Newton Aycliffe’s survival hopes took a severe blow as they were beaten 3-2 by third-bottom Billingham Town.

The Royal Blues’ gap to their opponents was cut to seven points, despite Danny Earl notching the club’s fastest-ever goal after just 14 seconds.

Aycliffe could have been out of sight in the first 15 minutes as they looked to avenge the 8-0 defeat suffered in September, but two goals in three minutes from the hosts turned the game on its head.

Shortly before the break Darren Craddock was dismissed for a professional foul while giving away the penalty which made it 3-1, before a second-half fightback fell agonisingly short.

Craddock, Earl, Kris Hughes, Martin Young and Scott Pocklington all returned to the starting line-up and the Newtonians were instantly ahead.

A poor defensive header sent Earl clear and after his first effort was saved, the striker tapped in the rebound for his 16th goal of the campaign.

It was nearly two when skipper Sean Tarling released Earl in the fifth minute but the former Billingham Synthonia man’s effort failed to trouble Dan Molyneux.

Next it was Earl’s fellow Stockton native Danny Lambert who tried his luck. The winger combined well with Sean Reay on the edge of the area before being denied by an excellent stop from Molyneux.

Aycliffe were looking comfortable, but when the clock reached 20 minutes were somehow behind.

The Royal Blues wasted a throw-in deep into Town’s territory and one quick break later saw Danny Brunskill convert from close range to level the scores.

Soon after Danny Wray headed in from a corner to give the home side the lead.

Aycliffe nearly got back on level terms after a great pass from Young released Earl, who returned a cross for the onrushing midfielder, but he failed to steer a header on target.

But just after the half-hour mark disaster struck. Craddock was adjudged to have fouled Nicky Martin when clean through on goal and he was sent from the field. Harrison Davies made no mistake from the penalty spot and it seemed as if it was game over.

However, Aycliffe rallied in the second half and were arguably the better side, despite their man disadvantage.

Nine minutes after the break Danny Lambert had the Town defence back-pedalling before he tucked a low finish into the bottom corner.

Aycliffe pressed and pressed for a leveller but unlike the famous 2-2 draw with Ashington last season, they could not secure a dramatic point.

Substitute Fred Woodhouse had the last chance of the game but he was denied in stoppage-time by another save from Molyneux.

The result leaves Aycliffe facing a hugely important run of fixtures over the next month as they bid to preserve their Division One status.