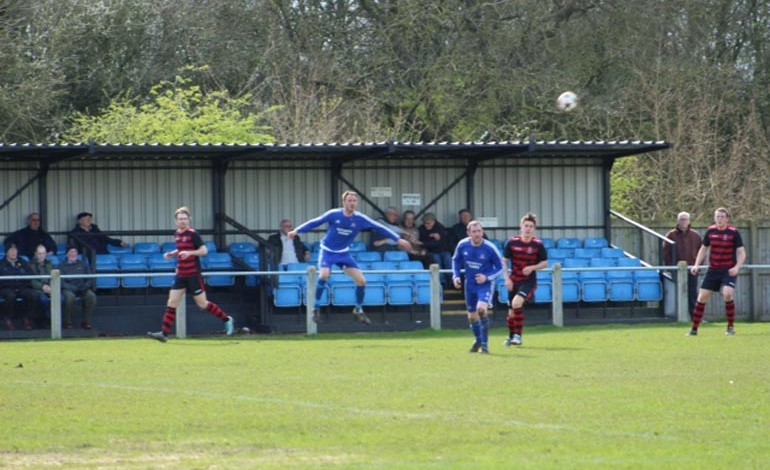 Newton Aycliffe took their points tally to 57 thanks to a 75-second goal on Saturday.

However, they were made to work hard by a Durham side threatened with relegation.

With more rain last week forcing the midweek Shildon game to be postponed there were anxious moments at Moore Lane ahead of the game.

Fortunately a couple days of drier weather assisted by a liberal application of sand was enough to get the game on.

Within two minutes of the start Aycliffe had the lead. A misdirected header from a Durham defender found Matty Moffat. The Aycliffe centre forward had little difficulty making it 22 goals this season with a carefully placed chip out of the reach of the keeper.

Less than five minutes later Aycliffe came close to a second when a John Campbell run down the right finished with a shot across goal which ran just wide of the post. By that stage Aycliffe were playing with confidence and a comfortable win looked on the cards. Jordan Laidler came close to scoring with a volley on 20 minutes but was denied.

Durham fought back and just before the half hour had a good chance to equalise when a powerful run down the right by Samuel Norris resulted in a shot being blocked by James Winter’s legs. The Aycliffe keeper was, as ever, in fine form, playing against his former club.

The second half saw a determined effort from Durham to take at least a point from the game.

However, despite their domination there were few real threats to Winter’s goal.

Durham’s best opportunity came after 52 minutes when a careless ball from the Aycliffe defence found their former team-mate Ritchie Archer. He attempted to put Norris through but the Ayclffe keeper was alive to the danger and got to the ball first.

The final whistle came as a relief to the home supporters as Aycliffe hung on for the three points. With most of the top sides winning on Saturday the Blues remain seventh in the league with 10 games left to play.