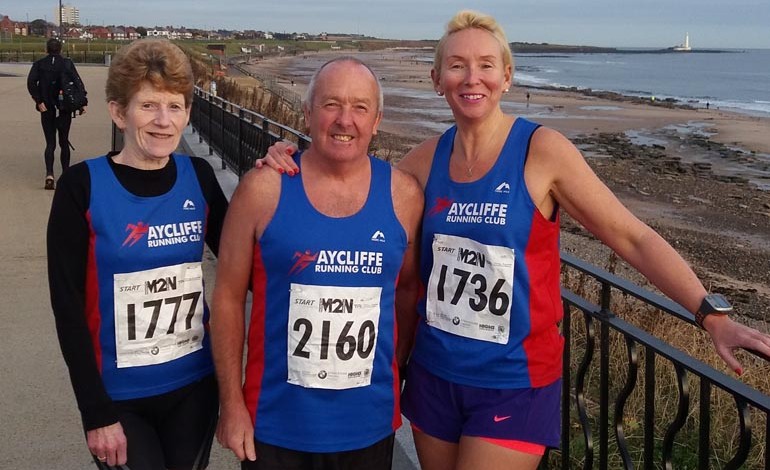 There was a choice of full marathon or cycle sportive from Morpeth to Newcastle or the half marathon from Spanish City Whitley Bay to Newcastle.

Sandra Collins participated in the marathon completing it in time of 4 hours 33 mins.

The marathon route followed coastal paths from Whitley Bay to North Shields and then finished at the Quayside in Newcastle.

First to finish the half marathon for Aycliffe was Rob Young in 1 hour 40 minutes, followed by Angela Barrett in 1 hour 57 minutes and Rob Nicholson in 2 hours 02 minutes.

Trish who was injured cautiously jogged the half marathon route completing the course in 2 hours 11 minutes.

Judith Porter participated in the New York marathon on the 6 November. Judith completed the course in 4 hours 56 minutes and commented it was “an amazing experience”.

• Pictured (above, left-to-right) is Trish Kay, Rob Nicholson and Angela Barrett at Morpeth to Newcastle events.