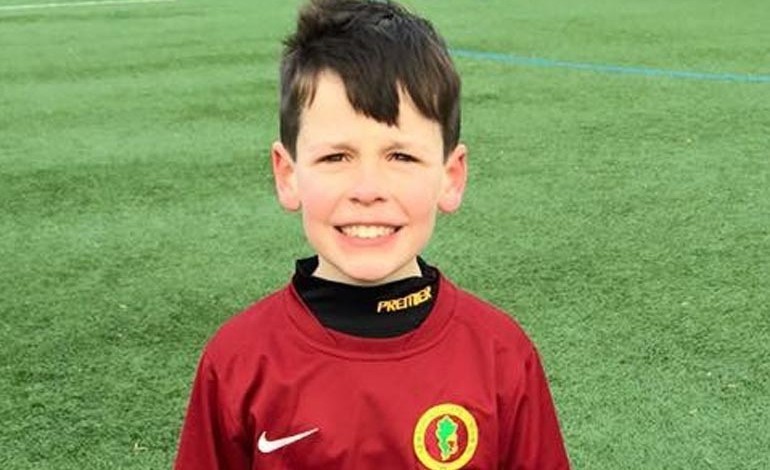 Aycliffe Juniors enjoyed a mixed weekend of games with some exciting encounters enjoyed by the young players.

The Under 7’s braved the icy conditions to play Bishop Auckland St Mary’s. In both games the lads put in 100% but were under a lot of pressure from the off with the cold also affecting their game. St Mary’s came away winners in both games, despite goals from Isaac and Ethan. Aycliffe had lots of chances but some goal line heroics preventing them from gaining an advantage. Man of the match awards this week went to Isaac and Ashton.

The Under 8’s switched the venue of their planned away game at Billingham Synthonia to play on the 3G pitch at Sunnydale facing a team who had beaten them earlier in the season. Great passing football in the first half was not enough to stop Aycliffe going down 2-0 before half time. The quality though improved in the second half and 3 great team goals were finished off by Harvey (2) and Rhys to put Aycliffe 3-2 up. However the final kick of the game resulted in a Billingham goal to end the contest 3-3. Lucas pulled off some brilliant saves throughout the game with Connor and Aidan excellent in defence to earn a draw against strong opponents. An entertaining second game saw goals from Jacob and then Jack, from a free kick, put the team 2-0 ahead. Billingham got 3 quick goals to lead 3-2 before the away keeper pulled off a couple of great saves to deny Aycliffe’s attacks. Rhys added a third for Aycliffe put two further Billingham goals gave them the edge in this one. Jake (pictured above), Jayden and Niall stood out in this game and the men of the matches for the morning were Rhys and Jack.

The Under 9’s were also at home to Billingham Syhntonia, they played some great football in the first half and had several chances at goal. Before the break Charlie scored twice and Thomas added another for a 3-0 lead. The visitors though were up for the game and battled back with 2 early second half goals with their keeper stopping any Aycliffe efforts on goal. Just as in the Under 8’s game a late goal was conceded and the game ended 3-3. Man of the Match was a shared awarded this week for Thomas and Reece. The second game was time for debutant Jake (pictured) to make his mark and he set up a few goals in a 6-1 win.

Under 10’s Russell Foster League side got back to winning ways with a 5-2 win over Washington Juniors Orange. Sam returned to the team as captain and led an entertaining team display in cold and icy conditions. Bo was first on the scoresheet and he also doubled the lead with a close range finish after a wonderful passing move involving Sam, Taylor, Evan, Noah and Isaac. 2-0 was the half time score and this was soon added to as Evan finished off his own re-bounded strike to make it 3-0. Washington got one back before a clinically finished double from Ted extended the lead further, a late consolation goal ended the game 5-2 to Aycliffe. The Under 10 TJFA league side had no scheduled fixture and hope to play their first league game since Nov 1st next week at Bishop Auckland.

Teams from Under 11’s through to Under 23’s were all thwarted by the weather and all hope to be back in action soon.