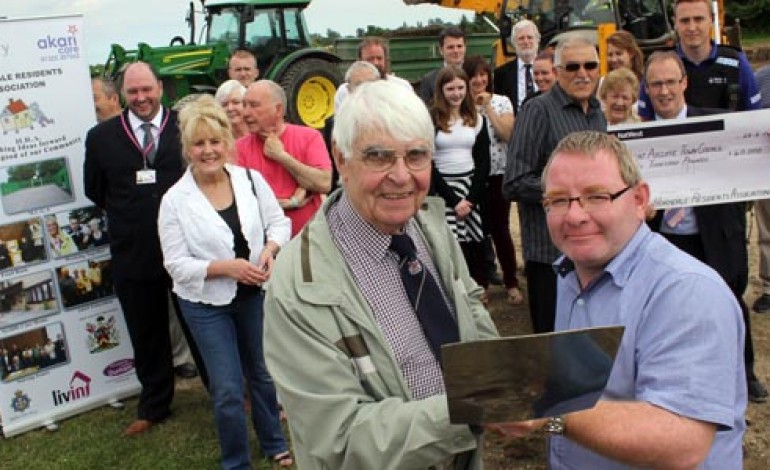 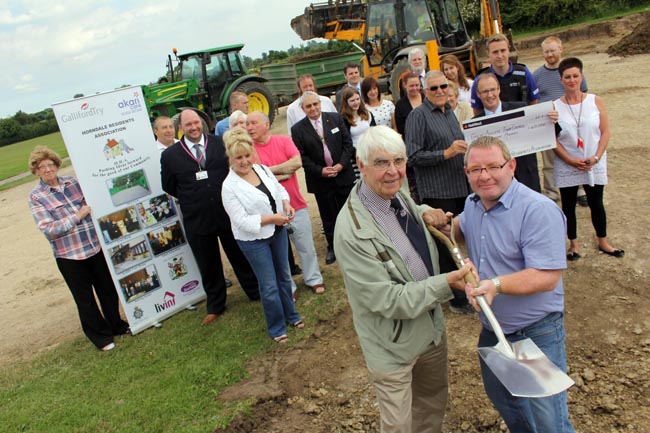 Work today officially started on a £40,000 Multi Use Games Area at Horndale Park in the town.

Determined members of the Horndale Residents Association (HRA) have relentlessly campaigned and fundraised over the last two years to finance the facility, known as a MUGA.

Great Aycliffe Town Council has provided the land for the multi-use pitch which will accommodate basketball, five-a-side football, tennis and cricket and replaces a former sports changing facility along Greenfield Way, opposite Greenfield College.

Support from a host of people and agencies has also helped to bring the project to fruition.

Labour Councillor Hall told Aycliffe Today: “The Town Council, the County Council and the residents have all worked together to bring it to where we are at the moment and it shouldn’t be long before we see it completed.

“The Residents Association have raised the hard cash and I applaud them for it.

“We’ve co-operated as a Town Council and at the end of the day it’s a good outcome.”

Work starts on the Multi Use Games Area at Horndale

“Now we can actually see something and it’s not bits of paper and cheques… promises and phone calls… it’s now happening, and it’s a very proud day for everyone who has helped out.”