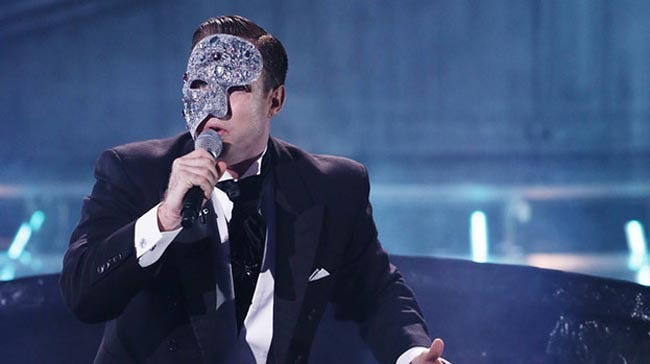 This weeks X Factor was fright night themed for Halloween and it certainly did come with a trick as it was announced that after all the acts had performed, one of them would be going home that night.

Simon is the only one with all four of his acts left in the competition and he was hoping that with another double elimination he could keep it that way.

Opening the scary show was Ben Haenow singing Highway To Hell. The performance was quite shouty, much like the original song, but I don’t think it’s right for the X Factor.

Lola was next singing Crazy by Gnarls Barkley, where is the Halloween in that? I loved the slow, sensual start to the song but it soon go into a fast tempo and yet again became quite shouty. Halfway through her performance the mic pack fell off but she managed to put on a brave face and keep on singing even though it was swinging by her feet.

Fleur was next, usually a one I’m looking forward to but this week she sounded out of breath and it seems singing and dancing aren’t her thing. Mel’s Jack Walton was next singing his version of Keep Bleeding, it wasn’t his best and the song was quite boring after a while. The most entertaining thing was the vampire that appeared mid-way through and bit his neck.

Finally, a decent act turned up on the stage – Jay James sang Mad World and twisted it into his trademark style, which was lovely. Even when it transformed to a fast beat he still had it. The best act so far!

Andrea Faustini, the nation’s favourite sang Relight My Fire and was dressed head to toe in gold clothing and face paint, complete with horns. I have no idea what he was wearing but at least his singing was back on form. Simon did describe him as the Alien Factor though.

My favourite, Lauren, sang Dark Horse by Katy Perry. She has an extremely strong voice but she felt under pressure with the dance moves and broke down crying during the dress rehearsals. Its times like this you’re reminded that she’s still only 17.

Paul Akister did a cheesy rendition of Bat Out Of Hell, which I personally think was the wrong song choice for him, and wouldn’t have been surprised if he had left that night.

Only The Young came next with a fun and exciting performance of Monster Mash and I felt like that was the first time in the live shows they’ve shown off their potential. I enjoyed that one!

Stereo Kicks took us back to the 90s with an amazing performance of Everybody. It was the best I’ve seen them perform and they were all harmonising together perfectly.

Finally, Stevi Ritchie closed the show with Phantom Of The Opera. I just didn’t get the performance at all, but he got a standing ovation for Cheryl. Surely his time is up now?

Apparently the nation love Stevi though as Jack was sent packing ten minutes after voting had opened. All but Simon now only have two acts left, but there was still another elimination to take place on Sunday.

The following night we saw Stereo Kicks and Lola sing for their place in next weeks show and with two votes each from the judges, the vote was taken to deadlock.

The public vote decided that Lola will be the second act to leave this week and Cheryl is the first left with one act in her group. Let’s hope Lauren can keep up the good work!