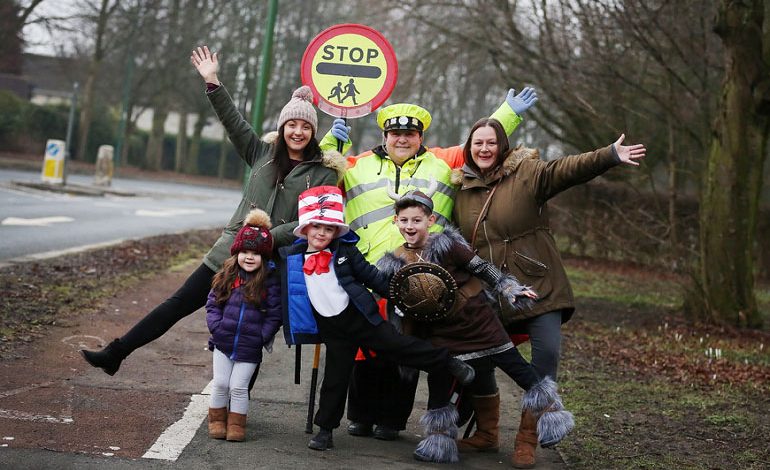 A Newton Aycliffe lollipop lady who has been helping children get to school safely for 25 years has been recognised by grateful pupils and staff.

Marian Dawson, school crossing patrol near Sugar Hill Primary School, was honoured in a special assembly to mark her landmark anniversary in the role.

“I was gobsmacked, it was a real surprise. I was given flowers as well as cards made by children from every class – it really meant a lot to me that they’d taken the time to do that,” she said.

Marian, who lives close to the school, said that although lots of things have changed since she began in 1993, her passion for the job remains the same.

“There are lots of differences between now and then – when I first started we were only allowed to help children over the road not adults which is quite a big change. 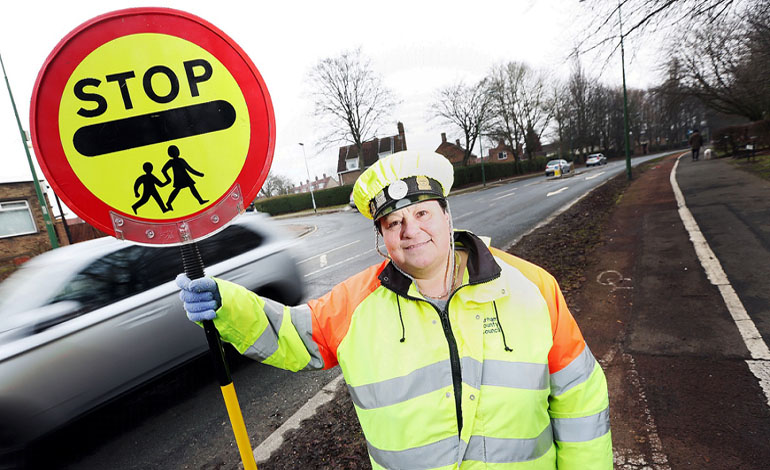 “The uniform has changed as well and I think I’m the only one in Aycliffe who still has the original hat, I won’t part with it. Most people wear the baseball caps now but I much prefer my flat type cap.

“The one thing that hasn’t changed is the children – no matter how low you feel, when you see them coming round the corner and smiling and waving and shouting your name they cheer you right up.”

Even the cold Durham winters aren’t enough to put Marian off.

“I always say I’ll still be doing it with my zimmer frame – they might have to drag me off the crossing!” she said.

“It doesn’t matter what the weather is doing, rain, hail, snow or sun, Marian is at her post ensuring the children cross the road safely. I would like to thank her once again on behalf of the whole school, staff, children and parents for the work she is doing and long may she continue.”

Cllr Brian Stephens, cabinet member for neighbourhoods and local partnerships, said: “It’s clear that Marian is a much-loved part of the school community and I would like to thank her for her excellent service over the last 25 years.