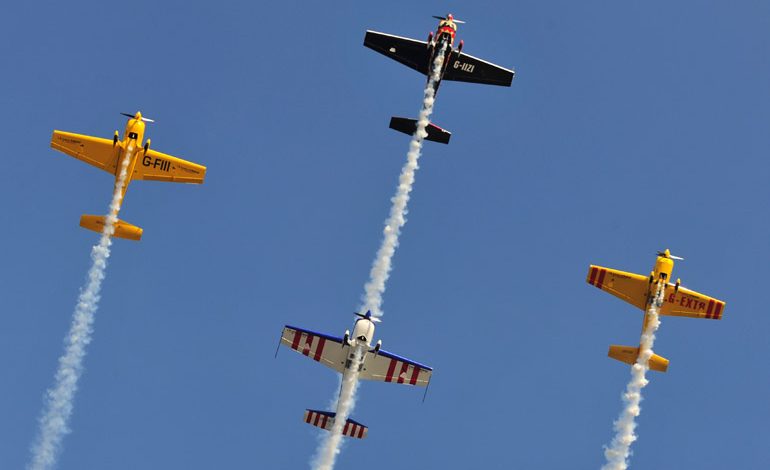 One of the biggest events on Teesside is set for take-off once again on May 27 when the Skylive Airshow returns following a hugely successful launch last year.

Organisers of the second Skylive event promise it will reach dizzying new heights, featuring displays from some of the world’s most impressive aircraft, wing walkers, parachutists and aerobatic teams.

Skylive 2016 – Teesside’s first airshow in 26 years – attracted a crowd of around 18,000 and similar numbers are being targeted this year.

Chris Petty, of Skylive Events, promises the show will be “bigger and better” than the first, with attractions to include the Eurofighter Typhoon and a Lancaster bomber among twice as many air displays as last year.

This year’s airborne highlights will include a Battle of Britain Memorial Flight featuring a Lancaster bomber flanked by a Spitfire and a Hurricane.

There’ll also be military displays from a tandem rotor Chinook helicopter and a “Huey” Bell UH-1 Iroquois helicopter – a star of most Vietnam films.

Chris said: “We listened to what people wanted more of – and we’ve more than doubled what we had in the air last year. It’s going to be a spectacular event.”

Back on terra firma, there’ll be a fun fair, British army displays, a food village, classic car motor show and many static displays.

Special guests will include former boxing champion Glenn McCrory and Martin Withers, pilot of a Vulcan that made daring missions during the Falklands conflict.

For details go to www.skyliveevents.co.uk