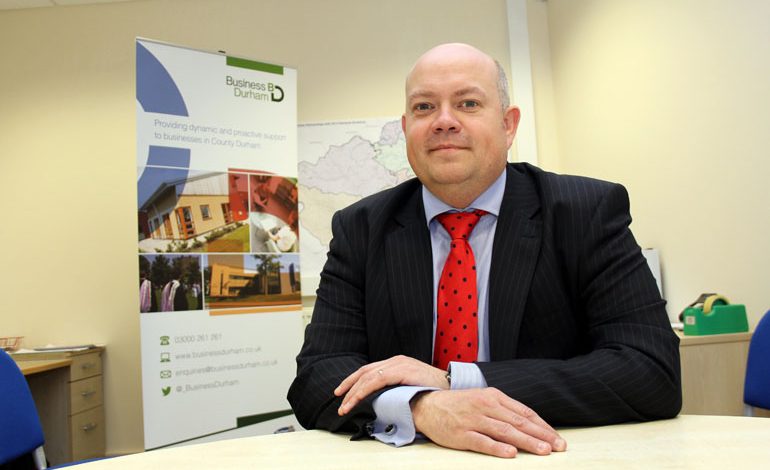 A leading figure in the region’s business community has announced he is to leave his post later this year.

Simon Goon, managing director of Business Durham, is stepping down from his position at the economic development company to take up a job as chief operating office at Synoptica, an early-stage Artificial Intelligence company based in Guilford, Surrey.

Mr Goon, who will leave in August, has held his position at Business Durham for the last four years, overseeing the growth of the NetPark science site at Sedgefield, as well as developing employment sites elsewhere in the county.

He said: “I have enjoyed a great few years at Business Durham, helping the organisation to achieve its aim of supporting businesses to create wealth and jobs for County Durham and driving enterprise and innovation.

“I’ve worked with a brilliant team who care passionately about the economic development of County Durham.

“I’d like to thank them for their support and I look forward to an exciting new chapter in my career working in a sector which is at the cutting edge of economic advancement.”

Mr Goon, who had previously worked at regional development agency One NorthEast as head of business investment, said he would work with Sarah Robson and Ian Thompson, Durham County Council’s head of economic development and corporate director, on ensuring a smooth transition at his organisation.

Mr Goon, who has a PhD in organic chemistry from Sunderland, had worked in the chemicals and pharmaceuticals industries before moving into business development.