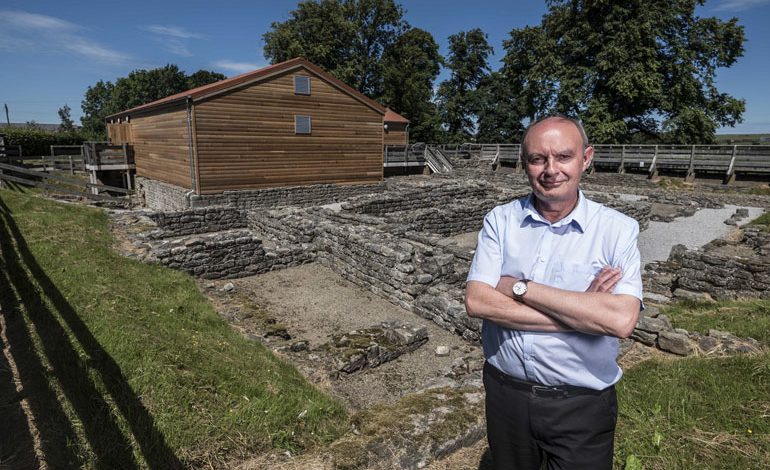 The visitor centre at one of County Durham’s most important Roman sites has reopened to the public following an essential refurbishment programme.

The improvements at Binchester Roman Fort, near Bishop Auckland, include a new building to replace the aged structure which covered the remains of the site’s Roman bathhouse and was no longer fit for purpose.

The new timber building will provide better protection from the weather for the valuable remains. The interior has also been designed to replicate that of the original baths, with detailed mural designs.

The refurbishment scheme has also included the creation of a new reception building and the installation of an electricity supply in the visitor centre.

Cllr Ossie Johnson, Cabinet member for tourism, culture, leisure and rural issues, said: “Binchester offers a fascinating insight into what life was like for the Romans of County Durham and is an important part of the county’s cultural offer.

“These improvements will greatly enhance the experience for visitors, helping us remain connected to our past but also helping to secure the site’s future as a visitor attraction.”

Dating back to 75AD, Binchester, originally known as Vinovia, was once one of the largest Roman military installations in the north of England.

As well as the impressive bathhouse, which is situated next to what would have been the commanding officer’s residence, Binchester features Britain’s only hypocaust (under-floor heating system) with its upper floor intact.

Visitors can also view the remains of the regimental bath building where the original Roman masonry still stands to a height of more than two metres above the original floor level.

For more information about the site, visit www.durham.gov.uk/binchester