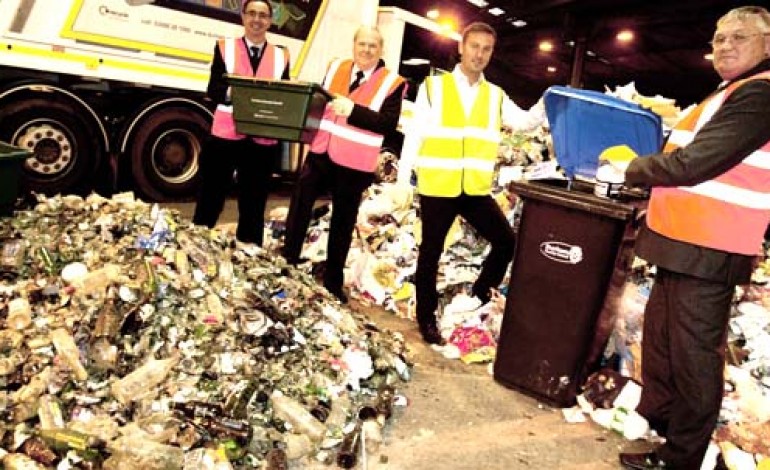 The amount of material collected for recycling in County Durham has increased by 34% since the introduction of a new collection system.

The new system, which had already been running in the former Derwentside area for a number of years, was introduced in the north of the county in April before being rolled out across the south, east and central areas over the following months.

Based on this increase, the authority is expecting a five per cent increase in the proportion of waste recycled. This means that at the end of 2012/13, residents are expected to have recycled more than 48 per cent of their waste.

The council is now appealing to residents to check that they are putting the correct items into their recycling bins and boxes.

Cllr Brian Stephens, Durham County Council’s Cabinet member for neighbourhoods and local partnerships, said: “We would like to thank everyone for all their help in making the change to the new system. The vast majority of residents are using their bins and boxes without any problem and we are extremely pleased with the resulting increase in recycling levels.

“However, there are a small number of residents placing nappies, food, pet waste and other non-recyclable items into their recycling bins. These should be put in the rubbish bin.

“Putting the wrong items in your recycling bin reduces the value of the materials collected.

“Someone will have to remove it by hand at the recycling plant and then it will be sent to land-fill, which means the council has to pay to dispose of it.”

Last year, the council paid more than £7.5m in Landfill Tax, with every tonne of rubbish it sent to landfill costing about £100.

Over the next three months, the authority will be trying to raise awareness of what can be recycled and where different types of waste and recycling should be placed.

In areas where contamination is most common, stickers will be placed on bins reminding residents not to put items such as nappies, food leftovers, pet waste and garden waste into their recycling bin. Leaflets outlining ‘what goes where’ will also be delivered through letterboxes.