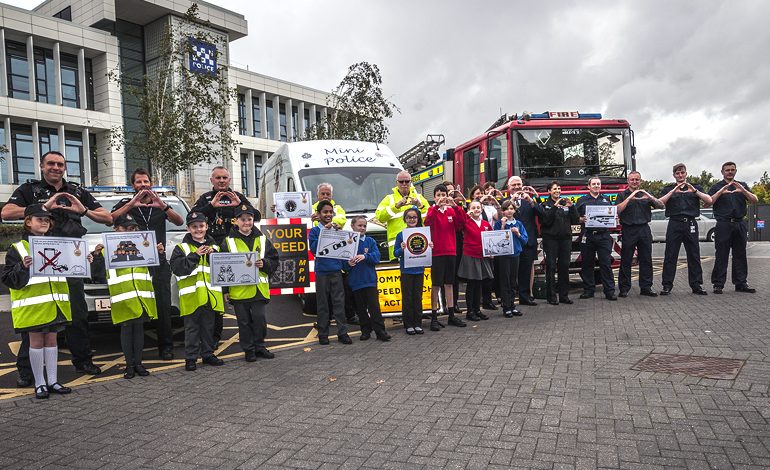 ‘Let’s cut deaths’ – that’s the message from police as they join a European-wide bid to reduce casualties on the road today.

Durham Constabulary have made a road safety pledge on ‘European Day Without A Road Death’.

The campaign, coined Project Edward, has been launched by the European Traffic Police network after fatalities on the continents roads topped 25,000 last year.

Durham Constabulary want to encourage all road users to think about their driving and how this can be improved for their own and others’ safety.

Superintendent Kerrin Wilson, Head of the Cleveland and Durham Specialist Operations Unit said: “Aspects of bad driving all combine to make our roads unsafe for a lot of motorists; speeding, seatbelts, mobile phones and drink or drug driving are the #Fatal4 elements which influence this.

“Let’s get the message out there that it is unacceptable to engage in these things while driving. We all need to pledge to change society’s attitudes to these things in order to make our roads safer.”

Across the two force areas 32 people died in collisions in 2016 – 25 in Durham and seven in Cleveland.

Road safety remains a key priority for Ron Hogg, Durham’s Police, Crime and Victims’ Commissioner. He said: “I’m pleased to see our partners working together and pledging their commitment today, in their joint support for this international campaign.

“Road users must also play their part and use our roads responsibly, whether as a driver, cyclist or pedestrian, by making that extra effort to look out for each other.”

“We urge everyone to think more carefully about how they drive and the impact these incidents can have on the families involved.

“We are always working closely with our partners to reduce the number of incidents and we therefore fully support this campaign.”