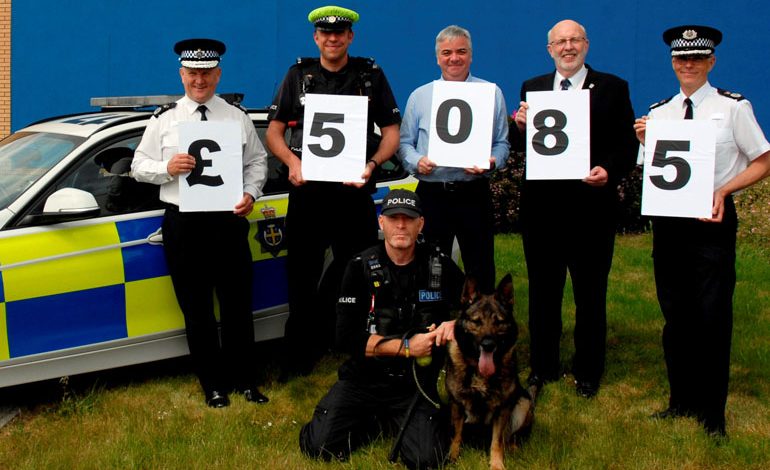 More than £5,000 has been raised for charity from the sale of calendars featuring officers from the Channel 5 programme Police Interceptors.

The officers quickly became a hit with fans of the show, even being invited to help Santa to switch on the Christmas lights in Middlesbrough town centre last November.

The Police Interceptors 2017 calendar raised money for the Police Treatment Centres, PawsUp, a benevolent fund to support retired police dogs, and The Junction Foundation which is a Redcar-based charity which supports vulnerable and disadvantaged children and young people and their families.

A total of £5,085.62 will be divided between the charities and donated to them from the sales of the calendars.

Chief Constable of Cleveland Police, Iain Spittal, said: “I am pleased that we have managed to raise so much money for charity through Police Interceptors showcasing the work of the Cleveland and Durham Specialist Operations Unit.

“Police Interceptors has had a positive impact on both Forces involved and on the Unit itself. The level of interaction we have had with the public about the show has been fantastic.

“The officers in the Unit have taken part in a lot of charity events and fundraising initiatives and this good work will continue.

Chief Constable Mike Barton from Durham Police, said: “I would like to firstly thank the public for their generosity, the money they have raised will go to three very worthy charities to help vulnerable people in our communities, injured officers, and our retired police dogs so thank you!

“And secondly I’d like to thank all those involved in producing the calendar including our interceptors, some of whom gave up their free time to appear in the calendar.

“Our Police Interceptors will continue to support local charities and public events throughout 2017, the support from viewers of the TV programme has been unprecedented and I am so proud of our joint specialist operations unit and the work they do.”