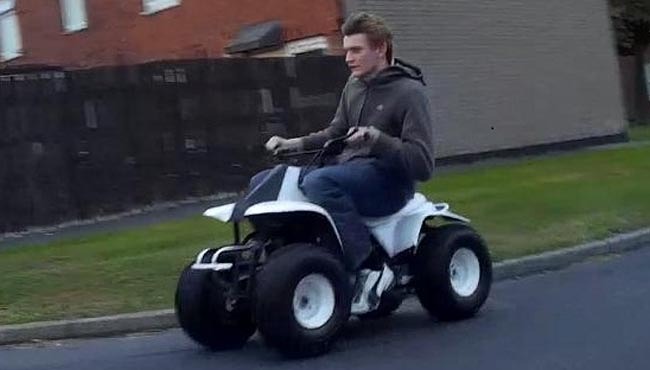 Newton Aycliffe police have released an image of a man suspected of driving a quadbike dangerously in the town.

Officers say the man was seen riding the bike dangerously in Honister Place at about 6pm on Sunday (5th October) after riding it around West Park.

Anyone who can identify the male pictured is asked to call the police on 101, or send Aycliffe police a private message on Facebook.