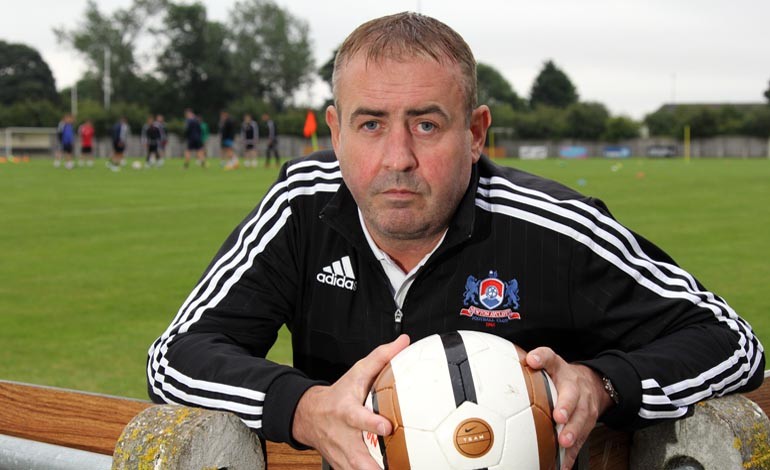 Newton Aycliffe FC have sacked manager Peter Dixon after their FA Vase defeat at home to Morpeth Town on Saturday.

The club made the decision about an hour after the game following a disturbance involving players and coaching staff after the 3-2 defeat at Moore Lane Park.

The club have today confirmed Dixon’s departure in a statement, with some players also leaving the club, and say they hope to have a new manager in place for Saturday’s Northern League trip to Jarrow Roofing.

Dixon spent two years in charge at Aycliffe and last season won the Durham Challenge Cup as well as taking the Newtonians to the last 16 of the Vase and the second qualifying round of the FA Cup.

But after a promising to start to the 2016-17 season, when Aycliffe peaked at third in the first division, the Blues endured a poor run which saw them dumped out of both the FA Cup and Vase, while also losing their league form.

“The decision was made by the club due to the ongoing ill-discipline shown by some of the players.

“Investigations into a incident after the game are continuing and it would be inappropriate to comment further at this time. However, we can confirm that some players have left the club.

“The club has begun the process of recruiting a new management team and it is hoped that this will be in place before the game against Jarrow Roofing on Saturday.

“We hope to make a further press release on Thursday.”