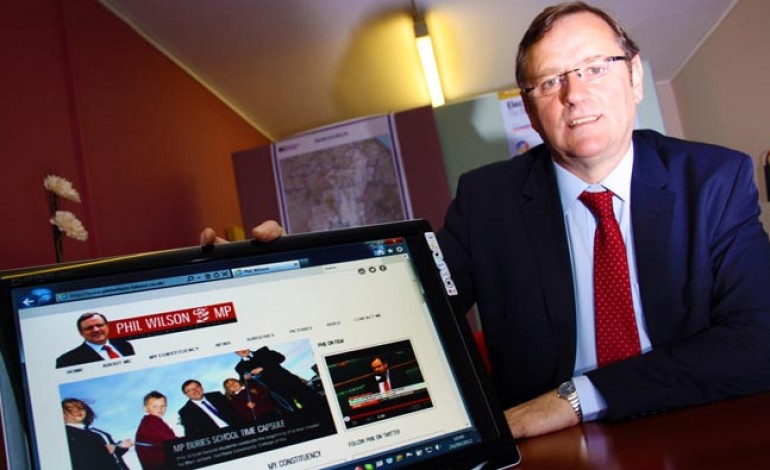 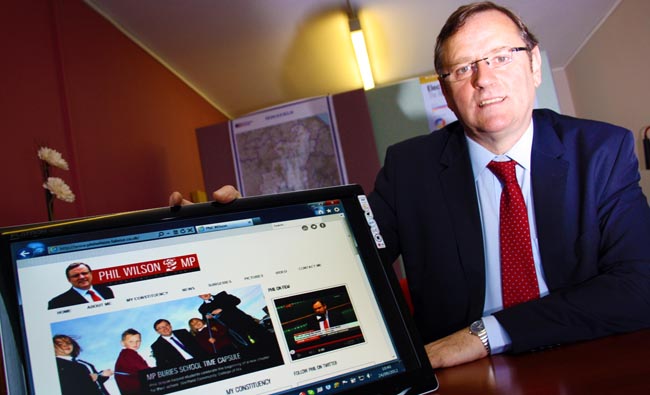 Newton Aycliffe MP Phil Wilson is inviting members of the public to ask him questions as part of a video Q&A session for his new website.

One exciting feature of his new site is a Video Content section, including some of Phil’s interviews, public appointments and House of Commons appearances.

And to celebrate its launch, Phil has agreed to answer questions from Constituents in a special video feature.

“I want to make the website as interactive as possible,” says Phil, who succeeded Tony Blair as the MP for Sedgefield in 2007.

“We want to attract as many people to the site so my Constituents can see what I’m up to, the work I’m doing and the campaigns we’re running.

“A video Q&A will hopefully be a great way of engaging our Constituents, but it’s also a fantastic opportunity for them to ask their MP a question – and there’s no restriction on subject matter, within reason!

“I look forward to receiving some thoughtful questions covering a variety of issues, and I’ll try to get through as many questions as we can.”

Phil’s new website, which has been funded by the Labour Party, includes a number of exciting new features, including:

● News – updated regularly with Phil’s news from around the Sedgefield Constituency;

● In the media – a selection of stories from a range of regional and national media relating to Phil;

To ask Phil a question, email it to [email protected], including your full name and address.