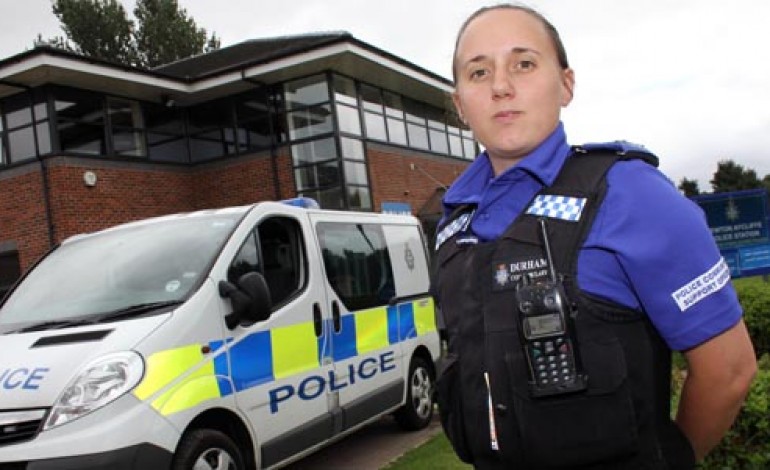 The Newton Aycliffe Neighbourhood Police Team is often changing, with officers being moved to different locations.

Our NPT is active in its work in the community and is also proactive when it comes to talking to residents and being active in the media.

Sergeant Mark Edwards (above, left), who writes a regular blog on Aycliffe Today, is giving our readers an up-to-date lowdown on his troops.

Today, we focus on PCSO Amy Jorgeson, who looks after the Woodham ward.

“Amy has recently returned to the team after a year away on Maternity leave.

“She has been in post since 2006 where she initially worked with Sedgefield NPT before coming down to Aycliffe.

“Amy is great at getting her teeth stuck into local issues and once you’re on her radar you better look over your shoulder!”