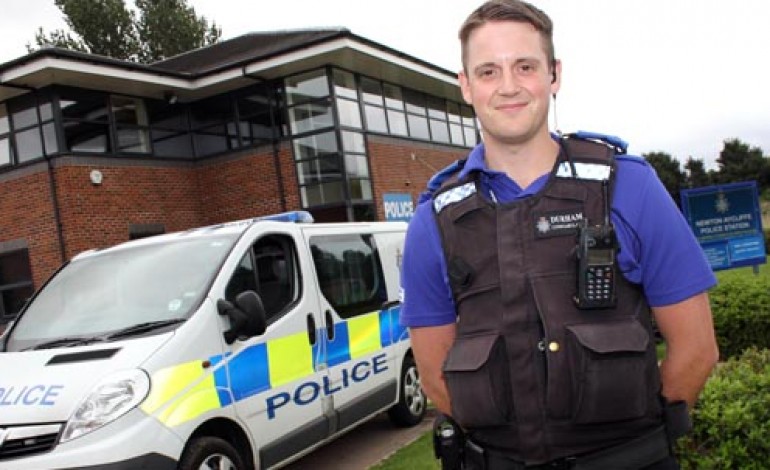 The Newton Aycliffe Neighbourhood Police Team is often changing, with officers being moved to different locations.

Our NPT is active in its work in the community and is also proactive when it comes to talking to residents and being active in the media.

Sergeant Mark Edwards (above, left), who writes a regular blog on Aycliffe Today, is giving our readers an up-to-date lowdown on his troops.

Today, we focus on PCSO Richard Scott, who works alongside Alan Thompson on Neville and Simpasture.

“Richie is a very popular character within the community and always has a smile.

“He has been with the NPT since early 2010. Richie conducts a lot of Community Speedwatch activities and works closely with our volunteers.

“He was been awarded a number of WOW awards which are acknowledgements of good work done in the Community which are nominated by local residents.”