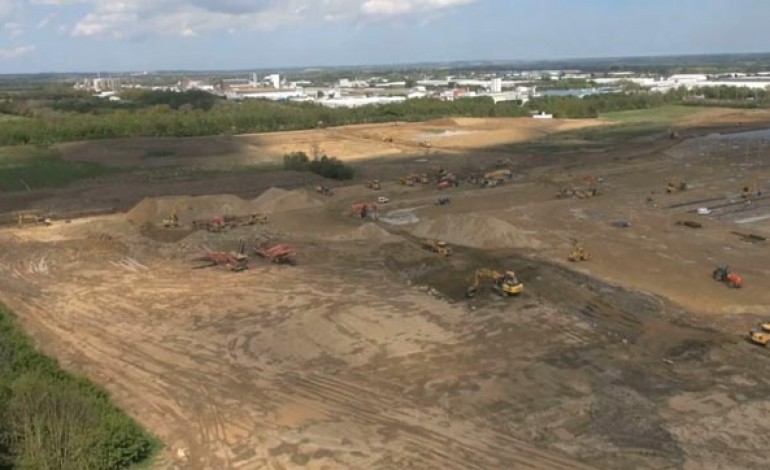 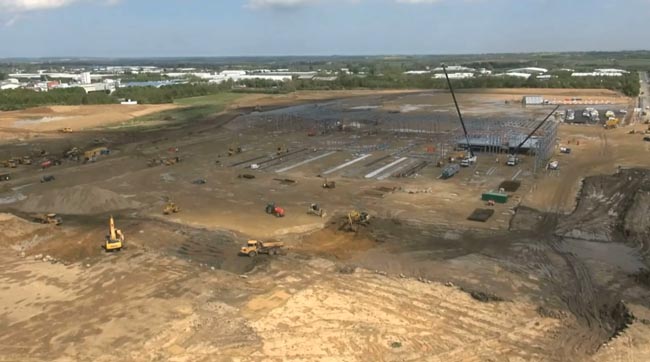 State-of-the-art camera kit is being used to track the construction of Hitachi Rail Europe’s train-building factory in Newton Aycliffe.

Newcastle film-makers Three Motion have used a six-rotor drone – known as a ‘Hexacopter’ – to produce an impressive three-minute movie, with the camera hovering high above Hitachi’s £82m facility in Newton Aycliffe to capture some stunning images.

Go to our Video Vault to see the video now

Hitachi asked Three Motion to help them record construction so they could showcase the dramatic build of the 42,700sqm factory, which sits within a huge 127,480sqm site on Aycliffe Business Park.

The factory – which is being built by Shepherd Construction – is expected to be completed by late summer 2015, while local firm Finley Structures is already close to completing its steel structure.

The firm’s commercial director Gavin Knights said: “Normally we would use time-lapse cameras to capture construction projects like this.

“Aerial footage has always engaged viewers, and the Hexacopter provides a unique view that previously only a helicopter could have captured.

“It also allowed us to capture the scale of the project, something a time-lapse camera would have struggled to do for this project, given the size of the construction.”

Three Motion are also interviewing key people during the construction of the factory and around important events to finish off the completed video.