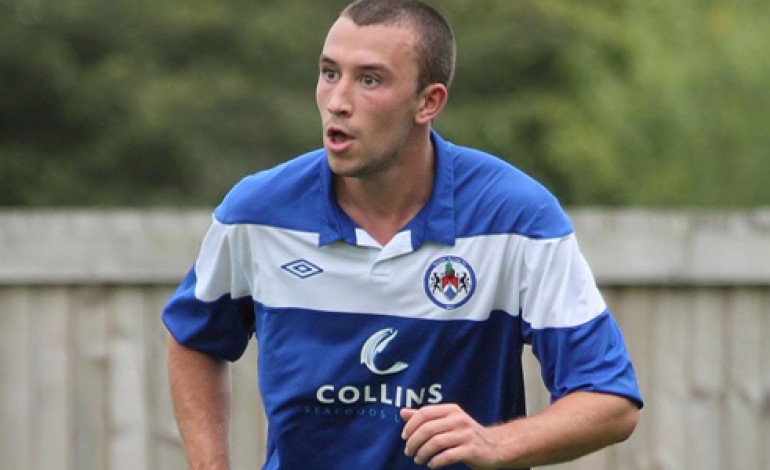 Newton Aycliffe go into tomorrow’s clash with cup specialists Ashington as the Northern League’s most in-form side.

Allan Oliver’s men have picked up 16 points from a possible 18, a feat matched only by league-leaders West Auckland.

Aycliffe have not been beaten in their last seven league games, picked up their biggest away win of the season on Saturday with a 5-0 demolition of Billingham Town and are yet to concede a league goal this calendar year.

Former Darlington winger Josh Gray has played his part in the defence’s record run of four clean sheets in a row, after being played at left-wingback and left-back since the turn of the year.

Despite being signed for his attacking prowess, Gray insists he’s more than happy with playing at the back.

“I’m happy to play wherever for the team and I love defending,” he said.

“I don’t know what it is about it but I love stopping the other team scoring.”

Gray – who is featured in Aycliffe’s official matchday programme on Saturday, where he talks about regaining his love for football at Moore Lane Park, as well as his willingness to play in any position – believes that Aycliffe can build on their current position of fifth and become a force in the Northern League.

“The aim is to maintain how we’ve been doing,” he said. “We’ve gone really well in the league up to know.

“I know teams around us have games in hand, but if we can maintain a decent level I think we can finish in the top six, maybe even higher.

“The ultimate aim is to bring in a couple more players for next season and help us push on a bit further. When everyone is fit I think we’ve got one of the best teams in the league.

“We’re one of the better teams in the league when it comes to playing football. We like to get the ball down and play, but we can also grind out wins when we’re not playing well. There’s plenty room for optimism next year.”

Saturday’s clash is arguably Aycliffe’s toughest test yet in 2012. When they visited Ashington in August, Aycliffe came from 2-0 down with three-minutes to play – and at a numerical disadvantage following Sean Tarling’s first-half dismissal – to claim a dramatic 2-2 draw.

But the Colliers have improved a lot since then. They reached the fourth qualifying round of the FA Cup, where it took Blue Square Bet Premier side Grimsby from preventing them reaching the first round proper.

Ashington have gone on to reach the last 16 of the FA Vase and have been backed by Aycliffe manager Allan Oliver to go on to Wembley and lift the trophy, in an interview with Aycliffe Today later today.

The game kicks-off at Moore Lane Park at 3pm, with admission £5 for adults and £3 for concessions.

Gray’s interview can be read inside the award-winning matchday programme, available for just £1 inside the ground.