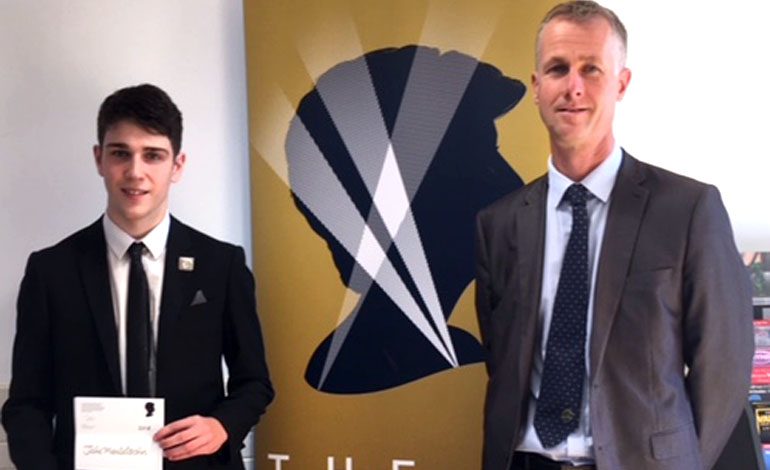 Jake was nominated for the award following his work to raise funds for Brain Tumour Research and Alzheimer’s.

He raised more than £1,000 after completing a one-mile swim in Lake Windemere and 100 lengths of the main pool in Newton Aycliffe Leisure Centre as well as the 5k Great North Run.

Jake was one of a group of young people to receive The Diana Award – established by the British Government in 1999 to formally recognise the work of young people in their community – at The Leeds College of Music at the end of September.

Princess Diana spoke about young people having the power to change their community and The Diana Award celebrates her legacy, and acknowledges the contributions of young people who have selflessly gone above and beyond in their work to raise funds or awareness for their chosen campaign.

Woodham deputy head teacher Danny Morgans, who was in attendance when Jake received the award, said: “It is a great pleasure to be able to share in Jake’s success and see the positive impact that young people can have in their communities.

“Jake is a tremendous ambassador for our students and the way that he is able to balance the demands of his academic work and fundraising activities is an example to us all.”