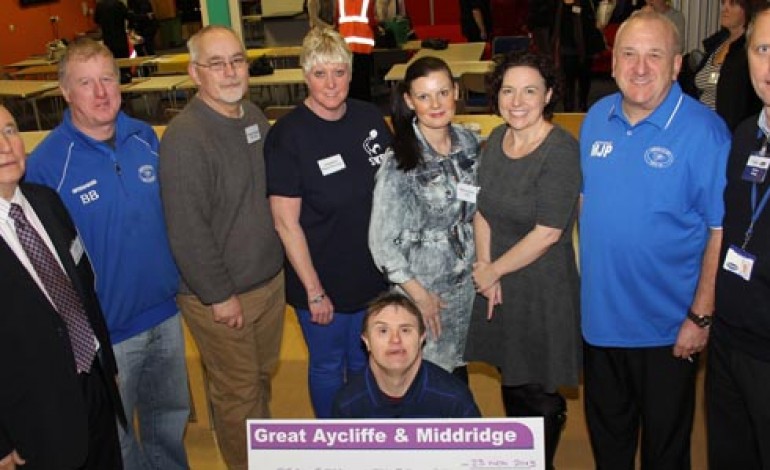 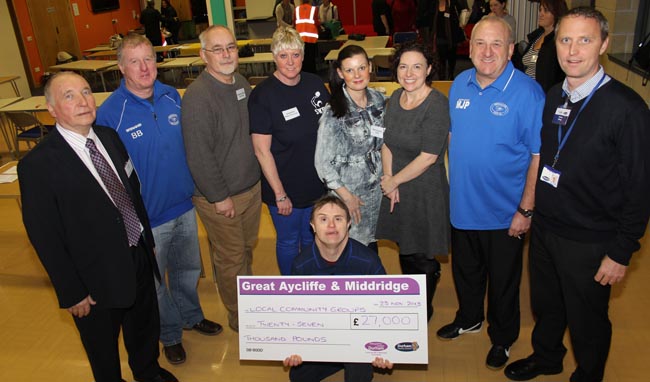 There was delight for 12 Newton Aycliffe community groups who scooped a share of £27,000 GAMP money at the weekend.

An Education Centre for Children with Downs Syndrome and an appeal for funding to build a Multi Use Games Area were amongst the projects that captured the public’s imagination at a community funding event, organised by Great Aycliffe and Middridge Partnership (GAMP) at Aycliffe Youth Centre on Saturday.

More than 900 people attended the Your Money, Your Area, Your Views Forum Event to vote for the community projects they believed most deserved a share of a £27,000 funding pot.

This year, 31 groups applied for grants of up to £2,500 for various community projects.

Representatives from each organisation exhibited at the forum to give residents and those who work, study or volunteer in the area an insight into what they do before casting their three votes.

In the end, 12 projects proved successful, including Hordale Residents Association, which applied for £2,500 to build a Multi Use Games Area. The total cost of the project is £40,000 with the £2,500 secured at the event, means that the project can now come to fruition

Philip Clarke, chair of Horndale Residents Association, said: “The dream and promise I made to the youngsters of our neighbourhood became a reality. This would not have been possible without the help of all those who voted for us.”

During the event 241 members of the local community also took part in an exercise to look at how the Council saves the predicted £100m from its budget.

Brian Riley, GAMP Co-ordinator, said: “It’s been a fantastic event and we have been overwhelmed with how many residents made the effort to vote for their favourite projects.

“As part of the event the community also got the chance to vote for the GAMP priorities for 2014-15 and I am grateful that 825 residents have given the GAMP Board direction on what they consider to be the main issues in the area.”