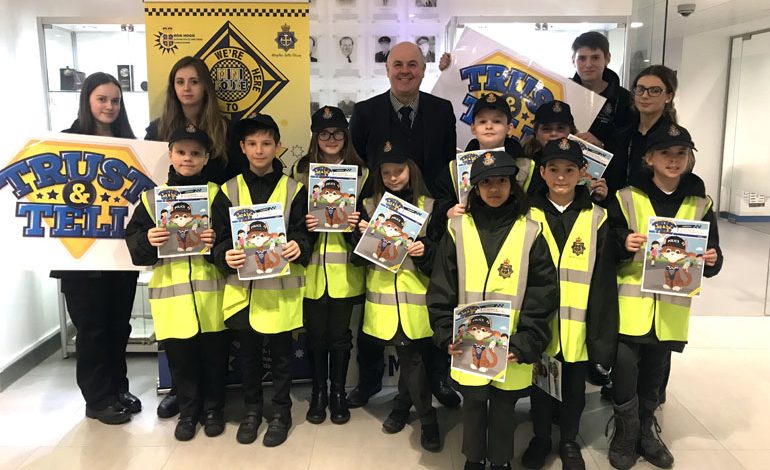 A comic book campaign is being launched to encourage younger children to “Trust and Tell” if they are at risk of abuse.

Durham Police and local schoolchildren are joining forces to launch the campaign, giving children the confidence to report abuse to a trusted adult.

It follows national research which found that only one in eight child victims have the confidence to report abuse to adults who can help – with the rest suffering in silence throughout their childhood.

Paul Goundry, safeguarding project manager with Durham Constabulary, said: “The simple fact is that seven out of eight children do not report abuse as a child and we know that perpetrators don’t just target one child, they target many.

“If we can get one child to report abuse, then not only are you saving them, but you are saving potentially dozens of victims over the years”.

The campaign features video-based lessons and a cartoon booklet starring Mittens, designed to get across the crucial message that children should confide in a trusted adult.

Schools will be able to get free access to the training materials through the Durham Agency Against Crime website www.daac.org.uk.

The campaign was formally launched at Police Headquarters at Aykley Heads, in Durham ahead of being rolled out to schools across the force area, starting with St Godric’s School in Durham.

Mini Police from St Godric’s, along with force mascot Mittens, were joined by senior officers from Durham Police and Durham Agency Against Crime to launch the campaign.

Supported by the NSPCC and funded by the Home Office, the programme is initially being delivered in schools which are part of the Mini Police programme.

Bryan Russell, executive manager of Durham Agency Against Crime, said: “It is such an important message to get out there.

“Young people teaching young people is phenomenally effective and it’s by far the best way to get that message out.”