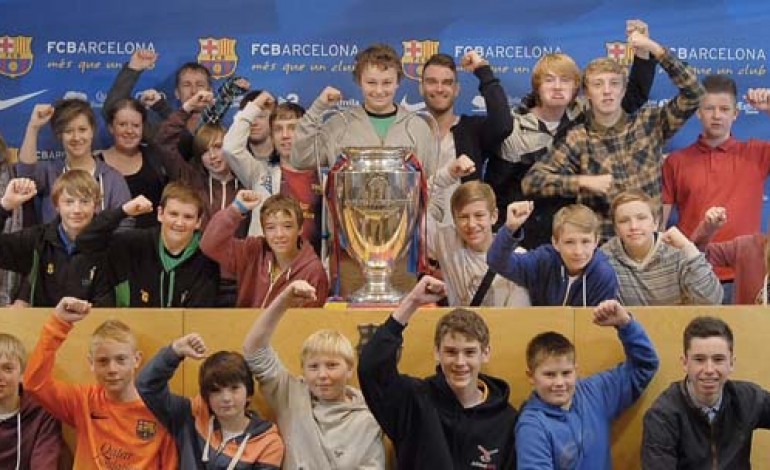 Students from Woodham Academy spent the October half-term on the Costa Brava coast of Spain for the third consecutive year.

During the course of the week students had the opportunity to visit the city of Barcelona and its many attractions, including the world famous Nou Camp Stadium, home of the current FIFA Club World Cup holders Barcelona FC.

The comprehensive tour allowed students to sit in the main stand overlooking the magnificent stadium which has a capacity of just under 100,000.

In addition to this students then moved into the heart of the main stand, saw the individual interview area as well as the press conference room, where they were photographed with a Champions League Replica Trophy.

The students continued into the home dressing room before walking down the tunnel and entering the playing arena.

The tour was concluded with a climb to the highest point of the stadium and the pressbox where students had a bird’s eye view of the playing area and the stadium.

Following the tour of the Nou Camp stadium, students visited the famous Ramblas shopping street in Barcelona, before a short journey to visit the Olympic Stadium, where the games were held in 1992.

The trip was concluded with a visit to the Port Aventura theme park in Salou, where some of the students summoned enough courage to experience the highest and fastest rollercoaster in Europe, Shambhala.

This is the third year that students from Woodham Academy have had the opportunity to visit Barcelona.

The trip is now a well established part of the school calendar and operates as part of the Woodham Sports Academy.

Plans are already in place for the trip in October 2013 and it is a firm favourite with students.

Liam Clough, Sports Academy Director and visit organiser, said: “The Barcelona visit is a great opportunity that allows students to experience one of the most iconic football stadiums in world football, as well as arguably the most progressive football club of the generation.”

More photographs of students at the Nou Camp can be seen at the Woodham Academy website.