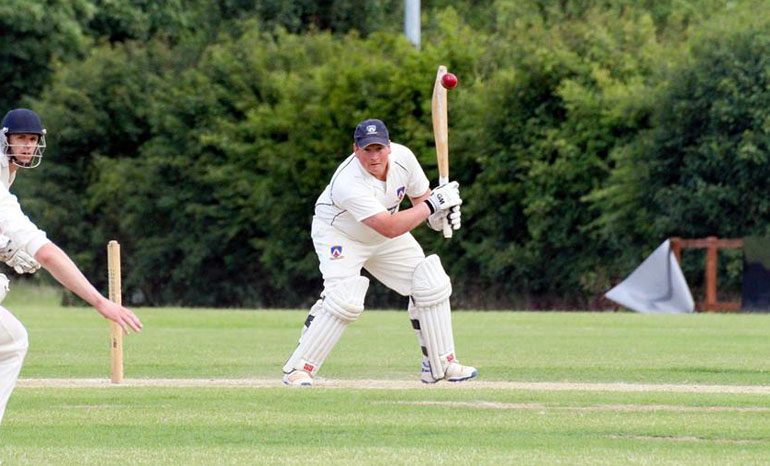 Aycliffe first team earned a deserved draw after a very tough match away at table toppers Middlesbrough 2nd XI. Chris Palmer (sponsored by Vanila Design and Print, pictured above) was given the man-of-the-match award after an excellent innings of 49 runs from 56 balls faced and Chris hit eight boundaries in his innings.
At the half-way stage of the season, the first team are in third place in the second division table having played 11 games, winning six, drawing two and losing three with a points total of 172.

Aycliffe’s young second team put in a magnificent performance to beat Northallerton 2nd XI by 37 runs. Ryan Patrick (sponsored by A* Bathrooms) was quite rightly awarded the man of the match for a superb career best innings of 68 runs from 74 balls faced and it included nine boundaries.
At the half way stage in the season, the second team are in seventh place in the fourth division table having played 9 games, winning 2, drawing 1 and losing 6 with a points total of 83.