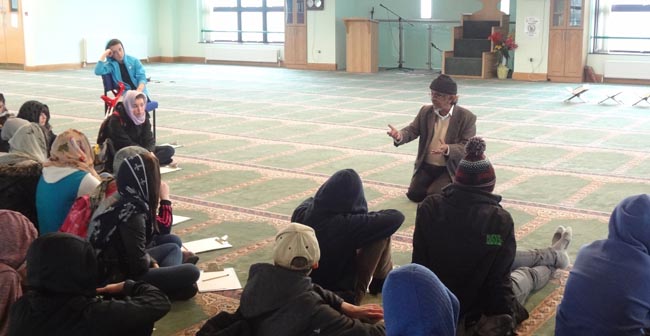 A group of Aycliffe students recently visited a mosque as part of the recent Specialist Day.

The youngsters were able to relate the features of the building to the work they had done in their RE lessons.

They also had time for an extensive question and answer session with the guide, who was able to answer a wide variety of questions on life as a Muslim in the North of England, ranging from how Muslims are shown on TV to difficulties in following the rules of Islam in the UK.

Mrs Davison said: “Very few of our students have an opportunity to visit a mosque, so this will be very useful for their future studies, helping them to understand how people live out their faith in the 21st century.”

Students described the visit as “fascinating” and “informative”.