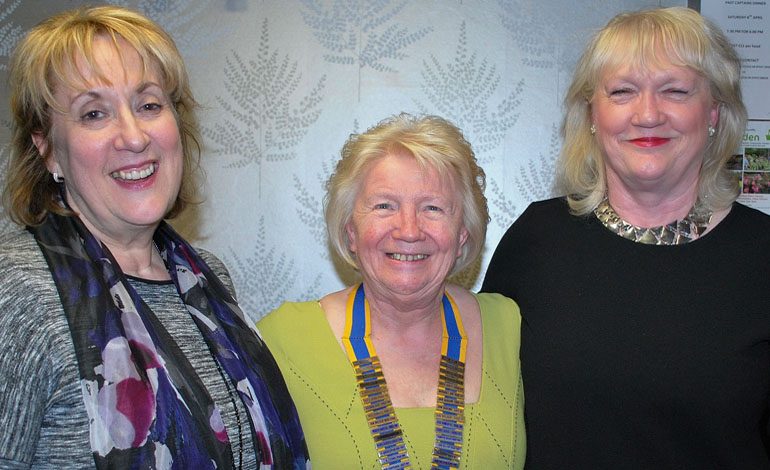 The management team at St Teresa’s Hospice in Darlington have announced a strategic plan with a difference for the next three years.

Unlike many organisation leaders who traditionally reveal ambitious hopes and plans in their visions for the future, they admit to having no intention whatever to embark on any radical new developments!

Instead, the team proposes to ‘keep doing what we’re doing well, make the hospice sustainable, and to keep listening so that people who need us can access our services’.

Chief executive Jane Bradshaw told members of Newton Aycliffe Rotary Club this week that the hospice’s fundamental mission would also remain the same– to offer choice and complete holistic care that is free of charge and in the patients’ chosen environment.

Since it was founded in 1986, the hospice has become a registered charity and grown from a small, home-care volunteer team to a centre that now supports patients with life-limiting illnesses and their families throughout South Durham and North Yorkshire.

“We help patients to keep their dignity, which we consider to be of paramount importance, we preserve patient choice and we provide care and support for carers and other family members”, said Jane

Hospice services, Rotarians heard, could be accessed by everyone in the community regardless of race, creed, sexual orientation, social standing, age or financial status “at the most distressing time of their lives”.

“There is no magic machine to do the work we do, we need high quality people – staff and volunteers – to care for our patients and families”, she added.

St Teresa’s recently saw a dream come true when their brand new purpose-built in- patient unit opened in November 2016, which has 10 fully-accessible bedrooms and improved facilities for visitors.

Two other developments have also been particularly successful – the introduction of a new volunteer home-visitor service and the launch of a Rapid Response Service which can produce crisis support for patients and their families within the hour.

The hospice relies heavily on the generosity of supporters to fund the £2.2 million it costs each year to provide services.

“We never have enough funds and work hard to make every penny count”, said Jane, pictured (left) with Rotary President Nora Scott (centre) and Rtn Jean Thompson who introduced her to members.