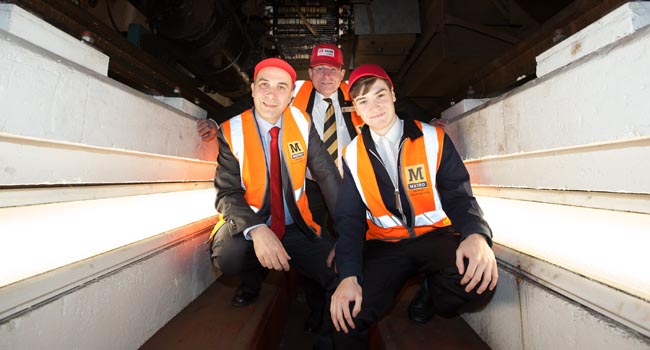 Lighting costs at one of the Tyne & Wear Metro’s repair and maintenance depots are being cut by 60% after a project to install 500 energy efficient lamps.

The result is a brighter working environment with significant energy savings for the company each year and payback on the capital spend predicted within one year. LEDs or Light Emitting Diodes convert electricity to light with very little heat generation, which is a major source of energy consumption in more traditional lighting.

Richard McClean, Managing Director at DB Regio Tyne and Wear, which operates the Metro on behalf of Nexus, said: “We always look to operate Metro in a way that is both efficient and green. We were very pleased with the support and expertise we received from Big Energy’s technical staff, which included recommending movement sensors to many of the High Bay LEDs.

“The new lighting has such a long operational life it also massively cuts down on maintenance costs, in addition to reducing our lighting power consumption by over 60%.”

David Cliff, Director at Big Energy said: “LED lighting is a proven technology and working with Tyne and Wear Metro has helped reduce energy and maintenance costs impacting positively on the bottom line. In these challenging and competitive times energy costs are significant for many companies and LED Lighting is a great way to massively reduce that energy consumption. We are delighted to have assisted Metro in this way.”