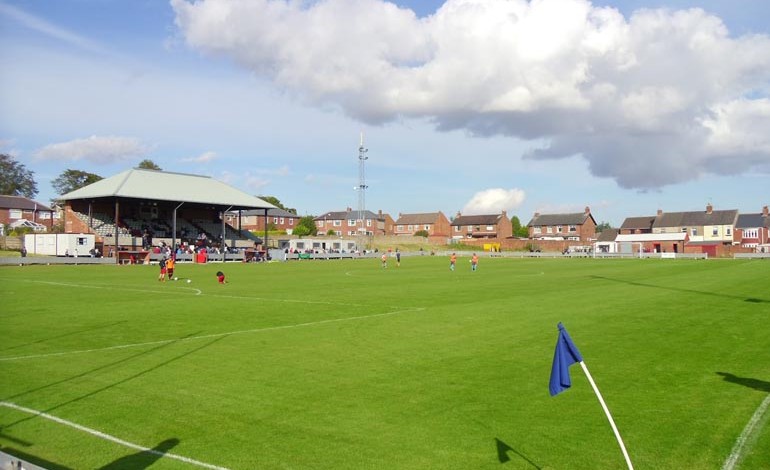 Newton Aycliffe’s Northern League side face arguably the biggest game of the season so far when they take on champions Shildon this weekend.

The Newtonians stretched their unbeaten league run to five games with a 1-1 draw at in-form side Seaham Red Star on Tuesday night.

Seaham – who had won seven consecutive league games before taking on Peter Dixon’s side this week – took the lead through Denver Morris in the 16th minute.

Aycliffe equalised six minutes after half-time with a Dennis Knight header to retain their third place position in the Northern League first division.

Fourth-placed Shildon, league champions last season, kept up the pressure on Aycliffe with a thumping 5-1 win at Dunston last weekend.

There’s only two points separating the neighbouring sides, which should make for a hotly-contested derby at Dean Street.

Kick-off on Saturday (October 8) is 3pm.