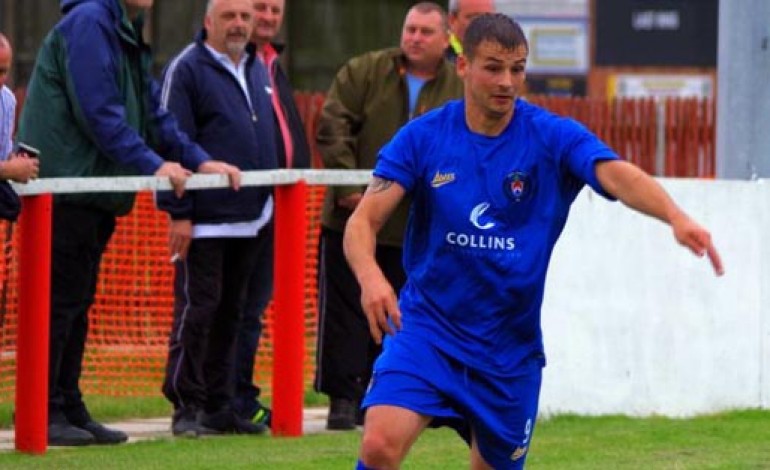 The dream is alive and kicking!

After three years of trying, at last Newton Aycliffe FC have a win in the FA Cup, sponsored by Budweiser.

Brinkburn Road in Darlington was the location for the momentous occasion, and it will retain a special place in the hearts of all Aycliffe supporters.

Sitting top of the Northern League, and against a side sat bottom of the second division, surely there’d only be one winner.

But this is the FA Cup after all. Remember Ronnie Radford? Remember Dave Beasant? This is the competition where league form and position counts for nothing and anything can happen! And weather conditions were set for an upset as well! The wind was blowing straight down the pitch and the rain was coming….perfect conditions for an ‘upset’.

In truth it was the home side that made the better start. Granted RA were playing down the slope and had the benefit of the wind at their backs, but Aycliffe found it hard to get out of their half. Possession was surrendered too easily and as a result RA started to gain some momentum.

It took 19 minutes for Aycliffe to fashion a chance, the lively Jamie Owens doing well down the left hand side before squaring for Selby. His strike, into a strong wind was unfortunate to come back off the cross bar.

Shortly after Owens, a constant thorn in the RA side, fashioned a chance for himself. In the inside left channel, and surrounded by three defenders, he produced a piece of skill more deserving of a higher stage to leave the defenders trailing in his wake and clear on goal. Whilst his left footed shot gave the keeper no chance, once again the woodwork stopped Oliver’s men taking the lead.

However on 34 minutes, The Royal Blues moved into the lead. The referee awarded a free kick some 20 yards from goal which was hotly disputed by the home side. The keeper saw the danger and assembled a five-man wall. However even that wasn’t enough to deny the new signing, as he bent a beautiful left footed strike around the wall and into the bottom corner.

The hosts, so impressive so far, seemed to lose heart at this point. They had been the better side, albeit wind assisted, with former Aycliffe man Butterworth at the heart of much of their good play.

The killer blow was struck though, just before half time. On 43 minutes, Danny Earl received the ball with his back to goal and little prospect of a goal. However a striker with four goals in two games is full of confidence and what followed illustrated that! A delightful left footed flick on the turn beat the home keeper and sailed into the net, and gave Aycliffe a 2-0 half time lead having had conditions very much against them.

On 46 minutes the game was surely up for RA. Aycliffe had a corner on the left hand side. The ball was cleared by the home side and all of a sudden Oldfield found himself in possession on the half way line but under severe pressure. His only out ball was a pass back to keeper Molyneux, situated midway between the penalty area and half way line. He chose to strike the ball right footed, straight and clean. With Owens chasing the ‘clearance’ down, the defenders left the ball to the keeper, who saw the ball bounce over his head and into the net!  At 0-3 there was surely no way back for RA, particularly against the conditions.

On 58 minutes another of the new boys broke his duck for 0-4. A Selby corner on the right hand side was cleared, but the ball found its way back out to the former Billingham Town man. A delightful ball whipped in first time found Salvin head and shoulders above the home defence, and his glanced header nestled into the bottom corner.

Just three minutes later, Oliver decided to make changes, as much to give game time to all his squad as anything else, with Owen, Mellanby and Gibson replacing Oldfield, Lambert and Young.

The changes didn’t disrupt the momentum though. Jamie Owens, impressive all afternoon, found himself free down the left hand side. Showing impressive composure he pulled the ball across the six-yard line to provide an easy finish for Mellanby.

The gloss was slightly taken off the result with a consolation goal for the home side following good work by the striker but in truth the win was all the counted for the Royal Blues and it was certainly an impressive first win in the most famous completion of them all!

Thoughts now turn to the next round and a home tie with local neighbours Spennymoor Town.

Following the start to the season, Aycliffe fans can surely be allowed to dream what might happen….